Vaginal rejuvenation is an umbrella term for procedures done to tighten the vaginal canal and opening, increase lubrication, and improve the appearance of the labia. They’re usually done to correct issues caused by pregnancy, aging, and even cancer treatment. In addition to improving sexual satisfaction, vaginal rejuvenation can reduce or eliminate urinary stress incontinence, a very common concern for women.

Typically, nonsurgical procedures use energy from lasers or radiofrequency to heat vaginal tissue and boost blood flow and collagen production. Over time, this makes the tissue thicker, smoother, and more elastic

diVa utilizes the world’s first and only revolutionary Hybrid Fractional Laser (HFL) technology. Sciton understands that every woman is unique and so are her needs. HFL technology allows you to customize each treatment to address your patient’s intimate challenges and improve her life.

CONDITIONS PATIENTS ARE LOOKING TO TREAT:

What is diVa® laser vaginal rejuvenation?

The diVa laser is commonly used to tighten vaginal tissue, improve elasticity, and ease the dryness that often accompanies menopause.

Like similar devices, diVa has yet to be approved by the FDA specifically for this purpose. But it does have FDA clearance for “excision, incision, ablation, and coagulation of soft tissue and skin resurfacing.” In other words, it’s considered safe for medical use on vaginal tissues.

You’ll need three sessions, spaced a month apart, to get the full benefits as well as a maintenance treatment every year after that. The treatment itself takes anywhere from three to seven minutes. There is no downtime.

The diVa laser therapy procedure has demonstrated improvement. The mechanism of action of the laser induces an increase in the vaginal mucosa or specifically the epithelial layer thickness of the vaginal wall tissue as well as an increase in collagen in the lamina propria, the layer of tissue that maintains structural support and functional integrity of the vaginal tissues. It is thought that this mechanism improves the ability to compress the urethra and control urine.

Vaginal or vulva dryness, discharge, itching, bleeding during or after intercourse, and dyspareunia /pain during intercourse.

Women who have had diVa laser therapy have reported an increase of lubrication that appears to be the result of restoring the tissue to a more healthy state. The mechanism of action of the laser induces an increase in the vaginal mucosa or specifically the epithelial layer thickness of the vaginal wall tissue as well as an increase in collagen in the lamina propria. The lamina propria is the layer that has a rich supply of blood vessels, which ultimately feeds the epithelial layer. When the level of estrogen is less, this causes a poor blood flow to tissues. Besides thickening the epithelium tissue layer, the laser induces the activity of producing fibroblasts of collagen and increases vascularity in the superficial lamina propria causing small vessels to be more stented (open). The synergy of these actions improves the state of the tissue.

A lack of vaginal lubrication in response to sexual stimulation or chronic vaginal dryness may have an underlying cause. diVa can help.

Women have reported an increase in lubrication after having diVa laser therapy. The mechanism of action of the laser that increases lubrication is thought to be a result of increased blood flow to the capillaries (small blood vessels) that feed the vaginal epithelium layer from the rich vascularity in the lamina propria. The capillaries are more stented (open). The lubrication consists of a vaginal fluid substance (transudate) that passes through the membrane of the epithelial layer from the blood outflow through the capillaries. This process assists in attaining or maintaining adequate lubrication in sexual arousal.

Difficulty with having an orgasm or sensation of arousal during intercourse or sexual activity.

The mechanism of action of the laser therapy addressing circulation is thought to be a result of increased blood flow to the capillaries (small blood vessels) that feed the vaginal epithelium layer from the rich vascularity in the lamina propria. The capillaries are more stented (open). The increased vascularity documented in histology analysis suggests that the blood flow to tissues may explain the increased intensity of orgasm.

Dyspareunia / Pain during intercourse are classified as pain during entry or deep penetration.

The thickening allows for a growth of a layer of squamous cells that are well suited for abrasion or sloughing off due to friction during sexual intercourse before the layer of basal membrane is exposed.

This layer of cells serves as an additional layer that decreases the amount of pain or discomfort. This mechanism in combination with increased lubrication creates a positive milieu for sexual activity.

Vaginal laxity is a loosening or loss of elasticity of the skin and tissue in the vaginal area.

Women, whether pre or postmenopausal who have had diVa therapy demonstrated improvement in physician assessment of vaginal laxity as well as their own self-assessment. Partners of the women who participated in the study reported experiencing increased tightness in sexual intercourse. The mechanism of action of diVa laser therapy is the remodeling of vaginal connective tissue. Collagen and elastin synthesis begins with the laser initiating a wound response that creates active fibroblasts forming an increase of horizontal streaming of collagen, which suggests an increased tone of the vaginal wall.

The vaginal rejuvenation shot (also known as the Orgasm Shot or G spot shot) is a nonsurgical treatment that uses a patient’s own blood-derived human growth factors (HGF) to theoretically stimulate the growth of new cells and promote the formation of better blood supply in the vaginal walls and clitoris.

The growth-factor-rich platelets, which the body utilizes to naturally generate new tissue, increase not only the number of cells but sensitivity to vaginal and clitoral stimulation (mainly by improving cell functioning and boosting blood flow to the area).

HGF has been used for years in orthopedic and spine surgery to speed healing and, more recently, in facial rejuvenation and hair loss treatments.

It’s considered a regenerative autologous treatment because it relies on the patient’s own blood to stimulate cellular regeneration and tissue repair. Platelets, once injected, release growth factors and other proteins known to jump-start cellular repair at the site of injection, encouraging the formation of new collagen and blood vessels.

Dr. Kallikadan is double board certified by the American Board of Internal Medicine and the American Board of Anti-Aging/Regenerative Medicine, specializing in internal and aesthetic medicine. In addition to being a BioTE certified provider, she is an expert M.D. in diVa, a laser that helps with women’s health, such as incontinence and vaginal rejuvenation. She is known for providing compassionate care by connecting with patients on a personal level and creating comprehensive plans to help them reach their goals, inspiring some patients to even travel from afar. Dr. Kallikadan gained her 20+ years of world experience in health care while attending medical school at Johann Wolfgang Goethe University in Germany and doing rotations in India and England. She completed her residency at Drexel University in Philadelphia, PA. She is affiliated with BayCare Health System, HCA Florida South Tampa Hospital and Tampa General Hospital.

"I believe that the science of living beautifully should be accessible to all — that’s in location, offerings, representation… everything. A little effort goes a long way to make you look and feel beautiful. I want to help you with that."

Excited to come back!

Love this new place! I got a personal tour by Dr. K and learned about some amazing services that I can’t wait to try. Rachel gave me a diamond glow facial and I love the results. She is very knowledgeable and knows her stuff. I’m very excited to come back for other services!

Dr. Kallikadan and her team are amazing. They are always so knowledgable, friendly and explain everything thoroughly. Not to mention the Med Spa's environment is very clean, welcoming and relaxing. So happy I found Health + Glow and this team! One of the best locations in South Tampa.

Can't say enough positive things about Health + Glow and the staff! The space is so beautiful and clean. All of the staff work together as a team and are very helpful when selecting services. Dr. K goes out of her way to make you comfortable and explain treatments. Would highly recommend Health + Glow Medspa.

Love this new place! I got a personal tour by Dr. K and learned about some amazing services that I can’t wait to try. Rachel gave me a diamond glow facial and I love the results. She is very knowledgeable and knows her stuff. I’m very excited to come back for other services!

Can't wait to be back

Dr. Kallikadan and her team are amazing. They are always so knowledgeable, friendly and explain everything thoroughly. Not to mention the Med Spa’s environment is very clean, welcoming, and relaxing. So happy I found Health + Glow and this team! One of the best locations in South Tampa.

This is a lovely modern med spa! With outstanding customer service and an eye for detail. All of their products and services are exceptional! I would highly suggest the diamond glow facial, Along with vitamin shots and any Botox! Jaime is an expert!

All staff is fabulous! Doctors are great and all staff is trained and certified. Not only do I now use Dr. K as my primary physician I also go right next-door to Jaime to take care of any of my other needs. All girls are so helpful, trained and specializes in all your health and beauty needs.

I Love this place

These guys are just good people! They have put together a great team of people and offer all kinds of services, some I have no idea about! Their building is beautiful and matches their spirits! Try them out, you can thank me later!

The best new Medispa in Tampa! The entire team is incredible and it’s so nice that they offer so many different services PLUS Primary Care visits! Honestly amazing. I love the Diamond glow facial and I get Botox with Allie Coad NP. They are the best, highly recommend visiting!

A few months ago I got lip filler for the first time. I was very nervous and apprehensive because I still wanted a very natural look. Jaime, PA, was my injector and I am obsessed with my new lips. She will give you exactly what you are looking for! 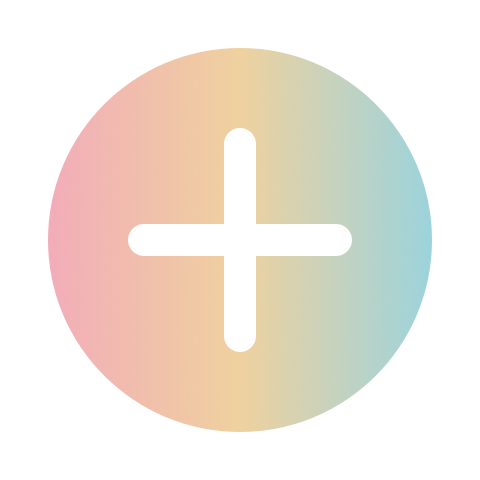 No, diVa is a not painful. Topical anesthetic may be applied to increase patient comfort but is not necessary.

What do diVa patients experience in the 48 hours after treatment?

Patients may return to their daily routine with minimal to no discharge, spotting, or discomfort; however, patients should avoid sexual intercourse for up to 48 hours.

What do diVa patients experience during the treatment?

The patient may experience a slight pressure against the vaginal wall during the diVa treatment, and some patients may experience increased sensitivity near the vaginal opening. diVa laser therapy is fast with minimal discomfort.

How many diVa treatments do I need?

Clinical study data demonstrates that one to three procedures spaced every 4 to 6 weeks apart, followed by optional maintenance procedure yearly.

How long does diVa take?

diVa’s ergonomic design allows for comfortable, fast and easy treatments. Each procedure takes 3 to 5 minutes to treat the full length of a vaginal canal.

Who is an ideal candidate for diVa?

Women that have had children or are experiencing menopause may be interested in a resurfacing treatment to improve the quality of their vaginal tissue. Also, women who would like an alternative to traditional estrogen therapies, i.e. estrogen pills, creams, gels, patches, etc.

With dozens of services, decades of experience, hundreds of happy patients, there's no one you can trust more with your health and skin needs than the team at Health + Glow.